“Winning isn't new for Remenic N Poco. I bought "Remy" in 2010. He was my "dream come true" horse. He gave me his all in every ride! Remy and I have had great success. He is a show horse in the greatest sense of the word. We won the AQHA High Point Title in the Reining in 2011 and 2012, we placed at the AQHA World and have won other titles. Never without a struggle; no matter what pad we used on Remy's back, his back would get horribly sore. We would use therapy at times from the vet, but for the first time at the EMO Championship show in Las Vegas, Nevada Remy's back did NOT get sore! I found 5 Star Saddle Pads a few month ago and they have made all the difference in the world. There was absolutely no back soreness in Remy. He showed better than ever at the EMO Championship - he was comfortable and happy. It felt so good to know that I was doing the best for my horse that I love, as he always does his best for me." Bree Hokana

I train cutting and reining horses. Both disciplines require a lot out of my horses, and I have never had a sore backed horse yet. I brought a few up for some clients of mine that are into western pleasure and roping, and they are as pleased as I am. In fact, I need to put in another order! 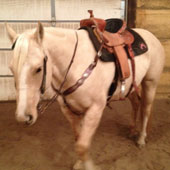 I love my 5 star pad! It is so soft and I feel has the best protection for my horse's back. We trail ride and barrel race in ours! My mare's back doesn't seem as hot and sweaty using our 5 star compared to other saddle pad's I have used. Only the best for my girl! 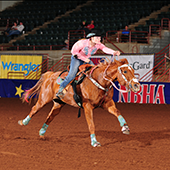 My mare is running harder, clocking better, and is overall happier and more relaxed. I refuse to use any other pad because without 5 star, my mare wouldn't be as near comfortable as she is today." ~Brittany Nice 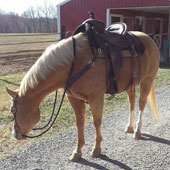 Thank you 5 star for making the best saddle pads ever I will never use another type pad. 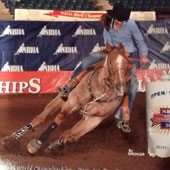 I searched for years to find a pad that would fit my mare. She has no withers. After getting my 5 star pad my mare stopped getting sore in her shoulders. I would recommend 5 star pads for any discipline of horse riding.